When my dear friend Sam Schmidt was rendered quadriplegic in an Indycar crash, it barely slowed him down. Since then, he's started his own Indycar race team (currently 2nd in the championship), founded Conquer Paralysis Now, worked with Arrow Electronics to once again drive over 200mph...and more importantly, dance with his daughter on her wedding day. Find out what keeps him driving forward.

You learn a lot about someone based on who they surround themselves with. I’ve always enjoyed meeting people who inspire the people I admire. I’ve been fortunate to be surrounded by some pretty incredible people myself, and I’d love to share some of them with you.

It seems fitting to start off with someone who has an endless drive to finish first: a dear friend and incredible human being, Sam Schmidt. 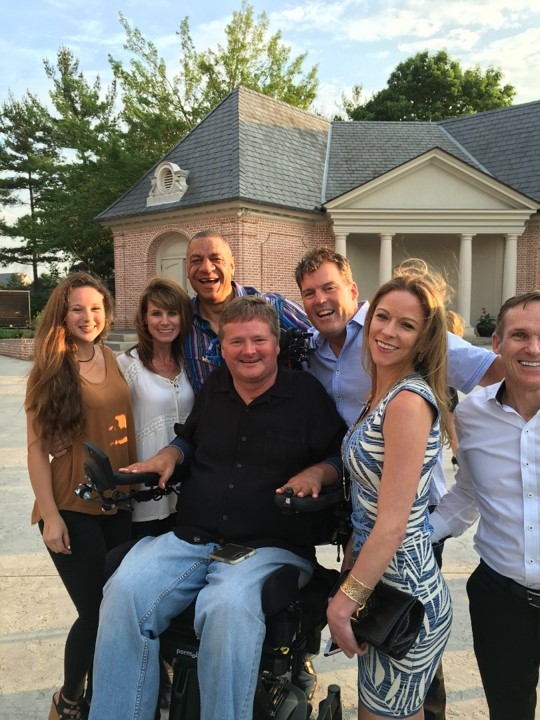 I met Sam some 10 years ago at a fundraising event for his foundation, Conquer Paralysis Now. A successful businessman in the 90s, Sam left the business world to follow his dream of winning the Indy 500. He was racing his way to the top when a terrible accident paralyzed him from the neck down in 2000. But that didn’t stop him from driving forward. He started his own IndyCar racing team, which is currently in second place as the Indy 500 approaches. He also founded Conquer Paralysis Now to help people in similar conditions and find a cure for paralysis. Until a cure is found, he’s partnered with high-tech companies like Arrow Electronics to get back in the driver’s seat.

When I met Sam, I asked him very directly, “What’s the mission here?”

Well, there’s no way to say no to that. Sam and I became fast friends. He allowed me to know those closest to him, and I introduced him to those in my circle who meant the most to me. We’ve shared successes, commiserated about failures, and created dozens of memories. Our company sponsored his IndyCar team and we became partners in the pursuit of going further, faster. And over the last 10 years, Sam has schooled me in courage, perseverance, hard work, commitment, loyalty, and most importantly, the true meaning of never quit.

In 2014, Arrow debuted the Corvette SAM, which empowered Sam to drive a racecar again. He uses head motions to steer and a “sip-and-puff” pressure sensor to accelerate and brake. With that technology, he became the first quadriplegic person to drive over 100mph…and as an example of that never-quit attitude, he broke the 200mph barrier in the SAM car last year.

On July 26, in honor of Disability Pride Month and the anniversary of the Americans with Disabilities Act, he spoke about the crossroads of tech and human will at our company standup.

One unforgettable lesson is something Sam told me very early on in our friendship. I asked him if he’d share the most difficult thing about being restricted to his wheelchair. You can imagine the thousands of potential responses…Without hesitation, he said, “You know when you wake up in the morning and your mind is racing with all the things you need to do and all the plans you want to implement to change the lives of the people around you? Well, the hardest thing about this is the hours I wait without action, those mornings I have to sit with my thoughts until someone comes and gets me.”

I think of Sam and that comment every day. When it’s hard to get started, when my thoughts are spinning but I’m not taking action, when I lack the energy or enthusiasm to make my mark on the day, I think of Sam.

Next time you’re lying in bed trying to find the energy to get started, think about what it would be like if you couldn’t. I promise that’ll get you going!

Oh, and about that mission Sam committed to 10 years ago, about dancing with his daughter at her wedding? Turns out she wasn’t quite as stubborn as he feared. That mission was achieved last month, and there wasn’t a dry eye in the house. 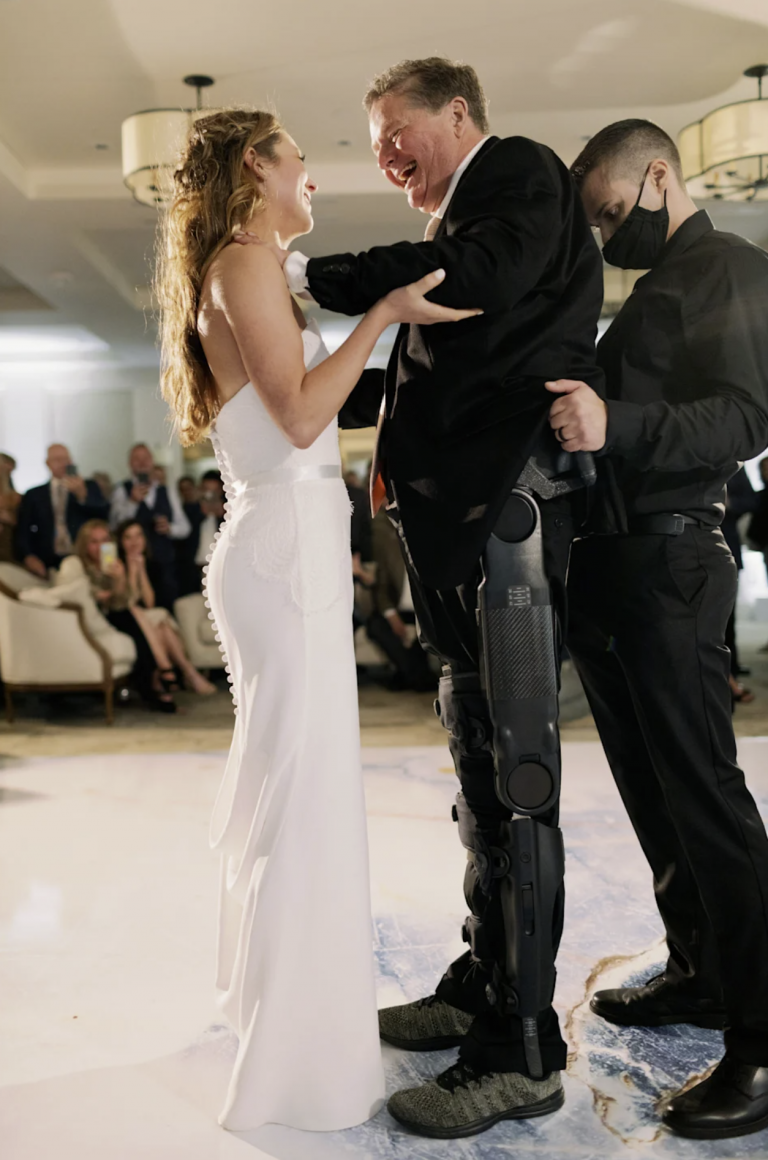 You can donate to Conquer Paralysis Now here.

Who would you say has most influenced your perspective about perseverance? How did they teach you that lesson?  Let’s talk about it in the comments, or send me a note at rnelson@tagroupholdings.com!